Join the circular economy and close the carbon loop

Replacing our wasteful ‘extract: transport: process: use: dump’ manufacturing and consumption system with a modern ‘use: reuse; repair: extend-use: convert: don’t-create-waste-in-the-first-place’ circular economy (CE) is crucial for a net-zero carbon UK by 2050. And everyone can help.

One more nail in the coffin of waste and carbon

Recent decisions by the Philippines and Malaysia to follow China, India and Taiwan in re-labelling low-grade waste sent by rich countries for processing out of sight and out of mind as “return to sender – not wanted here” has set alarm bells ringing. However, it is also an opportunity.

For too long, developed nations have relied on low overseas wage levels to make waste sorting profitable. With that route blocked, the circular economy (CE) is the natural sustainable alternative.

However, the CE is also crucial to a net-zero UK emissions target. Why create waste in the first place? And with it, dangerous greenhouse gases (GHGs)?

The UK is almost certain to set into legal stone an ambitious world-leading 2050 net ban on GHG emissions – and carbon dioxide in particular.

Although the Government has yet to officially accept new recommendations from its official environmental advisor, the Committee on Climate Change (CCC), mounting political and popular pressures will make it hard for ministers to say no.

The CE is one of the key tools that will make achieving this tough target possible. The aim is to control global warming and keep air temperatures rises down to levels where climate change damage is limited. However, CE also means good business!

As mentioned later, on 18th June we will be looking at the environmental and business benefits of CE at a double Circular Economy Club launch in Preston. We would very much like you to join us.

What is the circular economy (CE)?

CE aims to replace the linear ‘take, make, use, throw’ system that has driven industrialisation since the 18th century with something that is far more efficient – and cost-effective – than continuously extracting, transporting, processing and finally dumping raw materials from remote sources.

As an alternative, CE also means much lower, and ultimately zero, levels of loss, leakage, landfill … and emissions. The majority of waste, it is often argued, is the result of bad design.

This is quite a mental leap from 70-years of post-WWII throw-away society to a greater awareness of the long-term cradle-to-grave lifecycle of disposable goods that we have learned to take for granted.

The circular economy is described as a regenerative system that replaces the resource-hungry and waste-creating linear economy. However, it is much more than simple recycling. One recent study found that remanufacturing – returning worn parts/products to a ‘like-new’ or ‘better-than-new’ condition – typically uses 85% less energy than original manufacturing from new materials.

The idea is to systematically eliminate all loses of materials, waste, emissions, plus energy, and redirect the savings towards cost-efficient repair, reuse, remanufacturing, refurbishing and recycling. Where materials are downgraded, upcycling or beneficiation can lead to higher value products.

For many SMEs, this can mean environmental solutions and business opportunities rolled into one. Innovative products and services that minimise energy use and extend lifecycles in one form or another make good commercial sense.

Such good sense in fact that the most obvious question is perhaps why hasn’t the world taken CE on before? The three-point answer is complacency, the rising cost of commodities and urgent environmental warnings that have together reached a crisis-point. But it is never too late to begin!

Small businesses are the UK economy’s backbone, represent more than 99% of EU businesses and account for 85% of recently-created jobs. They provide two-thirds of the private sector employment.

But when it comes to CE, many busy companies also find themselves hamstrung by shortages of staff, time, resource, funding and information. And this is where our Circular Economy Club can help.

Fortunately, for businesses in the Northwest advice will be available after the co-launch of two Lancashire-based Circular Economy Clubs (CECs) – the Chamber Low Carbon CEC and the Preston CEC. For more detailed information about this free event at Brockholes, Preston New Road, Preston PR5 0AG, and to sign up, please go to https://www.eventbrite.co.uk/e/circular-economy-club-launch-18th-june-2019-tickets-59181763247?aff=ebapi.

Finance is another important factor for many companies. Which is why we are holding “Green Money and How to Spend It” on Wednesday, 5th June – a “Drop In” style launch promoting the Chamber Low Carbon Grant for installing low carbon and energy efficient technologies.

Come and join us at a series of 30 minute seminars from 10:00 am to 4:00 pm, see an exhibition of available low carbon technologies, and meet more than 30 exhibitors, at the Dunkenhalgh Hotel BB4 5JP. Details are at https://www.eventbrite.co.uk/e/green-money-how-to-spend-it-wednesday-5th-june-2019-tickets-59181431254?aff=ebapi.

Incidentally, the date has been chosen carefully; 5th June every year is recognised as World Environment Day in some 143 countries. We are also approaching the mid-point of the Year of Green Action 2019. The 5th of June is also the last day of EU Sustainable Development Week.

A major piece of new legislation, and an equally important strategy published by Defra, are both very relevant.

The first is the draft Environment (Principles and Governance) Bill which will define the UK’s post-Brexit environmental regulatory framework. The second is the Resources and Waste Strategy for England.

The latter has a direct bearing on the CE and aims to “preserve our stock of material resources by minimising waste”, keep “resources in use for as long as possible to extract the maximum value” and “give old materials a new lease of life”.

Raising business recycling rates to 65% by 2035

One key goal directly affecting businesses as well as local authorities will be new regulations to raise recycling rates from the current 40% to 45% to 65% by 2035. Greenpeace calculates that this will save some £10 billion over a decade in waste sector, greenhouse gas and social costs.

To make this work, Defra has consulted on proposals for businesses and organisations to increase the segregation of their dry recyclable materials from residual waste; ditto for separate food waste that can be collected and composted such that zero goes to landfill by 2030.

Some 2 million mainly small businesses will be affected; Defra says it is keen to minimise the cost burden and improve the collection of performance data. Statutory guidance may be issued.

Ten days of direct action by Extinction Rebellion activists in London over Easter, reinforced by an avalanche of reports and warnings, seem to have triggered high-level action in both the UK and EU.

The CCC now says that the UK’s legally-binding GHG reduction goal of 80% over a 1990 baseline set by the Climate Change Act 2008 must be raised to 100%. It adds that the new total target can be reached with no overall increase in the cost of 1%-2% of GDP each year until 2050.

A date earlier than 2050 would be “very risky” for social and economic reasons, says the CCC, even though mid-century is the last date by which the International Panel on Climate Change says zero must be reached for global temperature increases is to be kept below a relatively safe 1.5OC.

However, the UK is not alone in aiming for a total cut in carbon. In a joint statement, France, Belgium, Denmark, Luxemburg, Netherlands, Portugal, Spain and Sweden – but not Germany – say that the EU must achieve net-zero greenhouse gas emissions by 2050 “at the latest”.

They add that this can “go hand in hand with prosperity” and cite “profound implications for the future of humanity” with “the heat waves and scorching fires of last summer”. As things stand, the EU uses almost 20% of the Earth’s “biocapacity” for only 7% of the global population; 2.8 planets would be needed to sustain the whole world at the same rate.

EU “takes too much of earth’s resources”

To emphasise the point further, a new report from WWF and the Global Footprint Network says that Europeans emit too much carbon, eat too much food, use excessive amounts of timber, occupy too much building space and generally take more than their fair share of the world’s resources. It adds that if the rest of world had the same environmental impact, from 10 May onwards humans would be taking more from nature than the planet can replace annually.

One casualty of net-zero carbon is likely to be aviation. The Department for Transport defends a proposed third runway expansion at Heathrow on the basis that it would “provide a massive economic boost to businesses and communities” across the UK, all at “no cost to the taxpayer and within our environmental obligations”.

Until now, the idea has been to counter-balance expansion with additional CO2 cuts in other sectors. The CCC says this is not an option in a zero-carbon Britain. Yes, people will continue to fly using fuels made from waste, or ultra-efficiency electrical battery storage. But growth must be constrained.

One million species at extinction risk

One other consequence of excessive waste and emissions on the earth comes in a 1,800 page global assessment of the state of nature compiled by the Intergovernmental Science-Policy Platform on Biodiversity and Ecosystem Services (IPBES).

It explains how “scratches” made on the planet by humans have now become “deep scars”. The world’s population has doubled since 1970. In the same period the global economy has grown four-fold and international trade has increased ten-fold.

The net result is that circa one million of the Earth’s estimated eight million species now face extinction within decades at a rate of destruction tens to hundreds of times faster than the average over the past 10 million years.

Soil degradation is named as a major cause. But so too is the “mountain of waste” that includes a ten-fold increase in plastic pollution since 1980 and 300-400 million tonnes of heavy metals, solvents, toxic sludge and other wastes released into the seas annually.

All of which makes it even more important to come and join us on 18th June.

The Circular Economy Club (CEC) is an international network in more than 100 countries. It is not-for-profit, global and open to anyone to join for free. CEC’s aim by 2022 is for 200 cities, 200 university curriculums and 200 start-ups and companies worldwide to end the age of waste.

Our inaugural meeting will include a screening of the world’s first feature-length circular economy documentary. “Closing the Loop” which explores five key strategies for achieving circularity – reduce, reuse, recycle, renew and reinvent. This will be followed by a Q&A session with an expert panel, a light lunch and a chance to network with fellow attendees.

We look forward to seeing you in Preston.

News round up : Top 10 Facts about Bees. Find out more about Bee’s and their importance to the environment.
#facts #bees #environment

News round up continued: How can businesses boost climate disclosure in line with changing demands ?
#climate #GreenRecovery #business 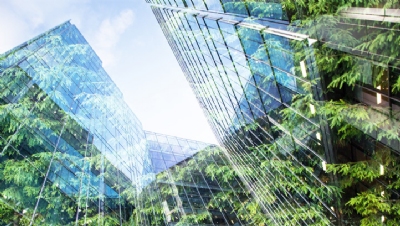 How can businesses boost climate disclosure and green investment in line with changing demands?

Investors and consumers alike are demanding more information on business-related climate risks and whether corporates are spending significant sums on...

Extreme heat, less frost and snow, and trees coming into leaf earlier among signs in 2019

The Environment Agency have published their five-year plan to facilitate the UK’s path towards a greener and fairer country in ...

The current Chamber Low Carbon programme developed by East Lancashire Chamber of Commerce in partnership with North and Western Lancashire ...

Solar and savings – crisis energy and Government exemptions How long to a green recovery? Companies can maximise their use ...

Time for nature and time for change

This year’s theme for World Environment Day, Time for Nature, strikes a chord with our engagement with the natural environment ...