How the UK finally decides to leave the EU could affect our future ability to cut carbon emissions and the strength of post-Brexit environmental regulations. Meanwhile, one of the few certainties we do have is increasing evidence of climate change in action and more extreme weather.

As an uncertain March moves into April, the UK’s political strife over Europe could have a significant impact on Britain’s world-leading low-carbon transition plans.

Westminster’s Brexit war is sending long-term ripples not only through Whitehall’s ministries but also the UK’s legally-binding carbon reduction commitment. But developments far away from London have made headlines too in the last month.

For example, what links our coastal mudflats, the UK’s ultra-long-range 25-year weather forecast, Greenland’s rain and climate-friendly milk? The answer is that they’ve all made recent carbon news.

Before looking at these later, it’s worth mentioning that mudflats may be surprisingly interesting. New research shows that our remote fens and wetlands could be super-efficient “sleeping giants” in locking away the CO2 driving global warming.

All plants store carbon. However, instead of decaying, the carbon from marshland plants is buried permanently. As sea levels rise with climate change, the new layers of sediment they wash in will help to store millions of tonnes of CO2 and also raise the level of the wetlands. A neat trick!

But first it is important to look at events closer to home.

A more immediate question for North West companies is probably what links Brexit, Environment Secretary Michael Gove’s draft Environment Bill, the views of the Institute of Environmental Management and Assessment (IEMA) and East Lancashire Chamber’s first Energy and Environment Forum which is currently being arranged.

The answer is again carbon. However, this time it concerns new proposals for regulation that on the surface look robust but could have a major underlying weakness.

Martin Baxter, Chief Policy Officer of IEMA, is a lead figure in the national debate on these issues and a strong supporter of our new Forum where he will be a guest speaker in the near future. The Forum’s aim is to keep larger companies fully-informed about key environmental, energy and carbon issues and channel their views, comments and concerns back through the British Chambers of Commerce to ministers and Government.

Regulatory successor to the EU

Many people sense a post-Brexit opportunity. The Government says it wants its new environmental regime to be at least as good as – and better than – that developed over 40 years with the EU. Surveys show strong public support. A consultation in 2018 received more than 1,750,000 responses.

IEMA also sees this as an opportunity to break away from a system that is an “unnecessarily prescriptive, compliance driven, reactive (rather than strategic) and complex approach to the environment” and “poor at anticipating new issues” – such as single-use plastics and low air quality.

It adds that some parts of society are pursuing unfair and short term economic gain at a cost to the long-term prosperity for everyone.

Working with the Federation of Small Businesses, Water UK, the Wildlife Trusts, business and environmental stakeholders, academics and professional bodies, its Broadway Initiative has developed a Blueprint to advice ministers what an effective Environment Act needs to include.

In the interim, in December 2018, Defra published two key documents in tandem. In one, Mr Gove explained his vision for natural capital to remain as “one of the UK’s most valuable assets”; with a “pioneering” new green governance system to improve air quality, restore and enhance nature, improve waste management and resource efficiency and similarly improve surface water, ground water and wastewater management.

The other was a policy paper partial draft of clauses for a new Environment (Principles and Governance) Bill that will eventually set the framework for a new Office for Environmental Protection (OEP) watchdog for England and put the Government’s 25 Year Environment Plan on a statutory footing with a very pro-environmental agenda.

The draft clauses include environmental principles such the ‘polluter pays’ and public participation in decision-making. The bill also proposes a legal requirement for a government plan to improve the environment which is updated at least every five years, with annual progress reports to Parliament.

However, many organisations including IEMA feel that the proposals are “not world leading yet”, “EU-lite” and too weak to replace the powerful European Commission/European Court of Justice structure that currently enforces environmental governance in the UK.

A key flaw is seen in the transfer of all EU/ECJ powers to the shoulders of just one person – the Secretary of State for the Environment – whoever he or she will be in future. Without a ferocious watchdog, will future governments be tempted to dilute away bêtes noires – such as losing three times in a row in the High Court for failing to tackle poor air quality?

There is also concern over the implementation of new laws if future chancellors see regulation as an expensive economic drag. In question are the bill’s “principles and objectives” which could be legally binding, or simply designed to guide policy, the development of legal frameworks and fill in missing legislation.

Some 80% of UK environmental law has been developed in partnership with the EU since 1973. Most is already subject to UK court rulings and will remain as part of UK law under the European Union (Withdrawal) Act 2018.

In the EU, environmental protection pervades all policies and laws. The ECJ adds interpretation and precedents to strengthen implementation and enforcement. The new draft bill, say Ministers, should simply “have regard to” principles and objectives set out in a policy statement created by the environment secretary – and this is not directed at regulators, agencies, the courts or third-parties.

IEMA also questions the proposed OEP’s independence because it does not meet its ‘independence tests’ and resourcing and appointments will be made by the secretary of state.

Martin Baxter has explained that while the proposals contain some promising provisions, “Lots more needs to be done to bring the draft bill up to the level of ambition needed for a comprehensive environmental governance framework that will deliver the future we want.”

IEMA fears the bill has a number of “escape clauses”; it says OEP proposals must be judged on accountability, resourcing and appointments to determine its independence. The watchdog must report directly to parliament, which should allocate appropriate resources, not the Government.

It adds that key appointments – particularly the chair of the new body – need direct Parliamentary support to establish public confidence and trust from the start.

The Broadway Initiative is very clear on what the final Bill should look like and has identified Nine Pillars of Governance it feels must be addressed in the Environment Act.

Responsibility as the new default.

Specifically, IEMA wants to see a “paradigm shift” towards direct environmental responsibility in two potential areas. The first is an environmental duty of care for all organisations. The second is activity-specific “net gain” responsibilities for developers, utilities and others with influence over natural assets.

Duty of Care for the Environment could push society towards taking local environmental responsibility where businesses and people are best placed to resolve problems early at source, rather than relying on the Government to make rules at a distance.

‘Environmental net gain’ covers activities that can make a positive environmental impact. Just as the 25 Year Environment Plan puts new responsibilities on developers, the same could apply to others owning, managing or controlling land or resources, such as water and energy companies.

IEMA believes that this in time could create a self-generating positive force for a better environment. Organisations could adopt a net gain obligation in return for more flexibility about how they apply it.

As mentioned earlier, the crucial carbon sink role of coastal wetlands has been highlighted by University of Wollongong in Australia where scientists have shown that they could be “awoken” by rising sea levels as glaciers and ice-sheets melt in a warming atmosphere.

However, as Patrick McGonigal of the Smithsonian Environmental Research Centre in Maryland, US, points out: “The important question is how many wetlands will remain wetlands and how humans manage the land adjacent to them.”

The RSPB’s Alex Pigott from Hesketh Out Marsh on the Ribble Estuary adds that muddy marshes may not be “chocolate box images of the countryside” but are “exciting dynamic habitats”.

In March, the Environment Agency warned that despite extreme wet weather during the month, climate change and population growth mean that England will not have enough water to meet consumer demand within 25-years.

CEO Sir James Bevan told a London Waterwise Conference that England would reach the “jaws of death” – a carefully chosen phrase – of inadequate water supplies in 20 to 25 years. He added that he wants wasting water to be “as socially unacceptable as blowing smoke in the face of a baby” with people in England cutting their daily use from 140 litres to 40 litres by 2050.

Winter precipitation over Greenland is now falling not as snow, which thickens the ice, but as rain that melt it.

Cows as ruminant are major methane-emitters. However, one dairy cooperative, Leeds-based Arla Foods, says it will make more than 2,000 UK dairy farms cow-to-supermarket carbon neutral by 2050.

The Vegan Society thinks this isn’t possible. Arla Foods admits its goal is “ambitious” and will require “radical changes” that include new technologies. However, as the EU’s largest farming cooperative, it wants to neutralise all CO2 produced by it 10,300 member dairy farms by mid-century.

With so much going on, it’s time for a green cuppa! 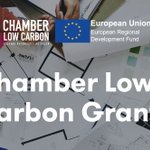