Leaping ahead in February

The year’s shortest month has seen turbulent weather, a slew of political decisions and announcements focussed around transport … and some unexpected global research findings.

Incremental gains are extremely important. But the big news has been a Government green light for the entire HS2 (High Speed 2) project designed to cut inter-regional travel times and increase freight capacity.

Chamber CEO, Miranda Barker, welcomes the decision – plus a review of the “Y-shaped” HS2-North from Birmingham to Manchester and Leeds. This will align delivery of HS2 with Northern Powerhouse Rail and other vital regional rail links. She is also delighted that Pendle MP, Andrew Stevenson, is now HS2 minister.

A long-term national and regional investment

But for the UK to reap HS2’s full benefits, all parts of the huge project must be accelerated together and not sequentially, she stresses.

In March, Miranda, who is also chair of the Northwest Manufacturers’ Forum and a Director of LEP (Lancashire Enterprise Partnership), will explain how HS2 will deliver economic and environmental benefits for the next 200 years and is essential for importing, exporting and moving freight around the UK and out to our global markets.

The Government’s goal of “levelling up the regions” could include the reopening of the former Colne-Skipton rail link as part of plans to restore where feasible key local lines and stations lost in the 1963 Beeching cuts (https://www.gov.uk/government/publications/re-opening-beeching-era-lines-and-stations).

Join us at Lunch & Learn

In a moment, we will look at early 2020 CLC Lunch & Learn events where the CLC team can help you directly – plus a number of interesting positive, negative and confusing new research results.

Before that, a series of national developments have underlined the key role of low-carbon sustainable transport, given that leaders of more than 190 nations are due to travel to Glasgow this autumn.

The world belongs to Glasgow

COP26 will be important as a UK showcase for its new environmental trading credentials. Glasgow is also seen as a last chance for a collaborative climate change solution between nations.

At this point before the highly-successful 2015 Paris COP21 summit, which agreed goals to keep temperature rises below 20C and preferably 1.50C, France was talking to world leaders through its embassy network, a diplomatic task often liken to herding cats. There is a great deal to do.

The Environment Bill (https://services.parliament.uk/bills/2019-20/environment.html) is still making its way through the detailed reading, committee and reporting stages of both the Commons and Lords ahead of final Royal Assent. Ministers see the bill as a blue-print for Britain’s ambitious environmental future in the role of an independent trading nation.

Meanwhile, the International Energy Agency (IEA) reports that global carbon emissions from power production have flattening out in the last year to 33 gigatonnes even though the world economy expanded. EU emissions fell by 160 million tonnes, or 5%, because of greater natural gas use and wind power; US emission fell by 140 million tonnes, or 2.9%.

CO2 from the UK’s power sector also fell by some two thirds over the past decade according to a new Imperial College London study commissioned by Drax (https://www.drax.com/wp-content/uploads/2020/02/200207_Drax_19Q4_Report_3.pdf).

Against this background, developments on the carbon front are coming in thick and fast.

The Government is advancing the petrol/diesel/hybrid/plug-in-hybrid new vehicle sales ban from 2040 to 2035 and probably 2032, according to Transport Secretary Grant Schapps; car trade body SMMT is “concerned” whether the technology, infrastructure and timeframe involved are feasible.

Some £5 billion is pledged over five years to improve bus-use and cycling. This should lead to more frequent services, affordable fares and £50 million set aside for all-electric bus towns, plus “hundreds of miles” of new cycle paths and safer cycling towns with “low-traffic neighbourhood” in schemes dubbed as “mini-Holland”.

Greenpeace says this is a business-as-usual excuse, with 70% more flights planned in the next 30 years. However, Heathrow committed itself in February to becoming zero-carbon by the mid-2030s.

International shipping is also working towards a 2030 target, with news that low-carbon ammonia, and even modern forms of wind power, could replace diesel on the high seas.

The Government is also considering a UK end to all coal-fired power generation by 2024 – although globally there is concern that cutting coal use is not happening fast enough. The UK, US and Japan apart, emissions from coal in the rest of the world increased by nearly 400 million tonnes in 2019.

Lunch & Learn – come and join us

At our next event, Environment Agency guest speakers will discuss waste crime that costs UK society nearly £1 billion every year, pollutes the environment and creates misery for local communities.

To join us at Red Rose Court in Accrington, meet the team and discuss funding, please register at https://www.eventbrite.co.uk/e/lunch-learn-waste-crime-duty-of-care-tickets-72223645869

Most organisations deliver 40-80% of what they do through supply chains; driving sustainability through the chain has never been more important. Shaun McCarthy OBE and Carole Ann Smith will give us insights into sustainable procurement and showcase free resources available to help.

Carole Ann Smith is Lancashire born and bred with a wealth of local knowledge from her regional background in adult education. More recently she has been Project Manager building a global community of practice around sustainable procurement and the ISO 20400 standard.

Again, to join us please register at https://www.eventbrite.co.uk/e/lunch-learn-sustainable-procurement-tickets-72224008955

Returning to a transport theme, most people probably see themselves as good drivers. But this is an area where important commercial gains and savings can be made from new technology and improving – and maintaining – better driving habits.

– How to calculate your Carbon Footprint and take action to reduce it, and

If you feel that information from any past or future low-carbon event or CLC team support would be useful, please contact Debbie Treadwell via d.treadwell@chamberelancs.co.uk or tel 01254 356487.

What is the worst case climate change scenario?

Research findings can be misinterpreted. An error was corrected recently which suggested that warming of up to 6C by 2100 is likely, with severe impacts. Referred to as the “business as usual” scenario, it assumed a 500% world increase in the use of coal with no policies to limit carbon.

Rather than being seen an event with only had a 3% chance of becoming reality, it has been used in more than 2,000 professional research papers. A more realistic figure is a 30C rise.

However, researchers warn that lower temperatures aren’t assured. New models used for the IPCC’s (Intergovernmental Panel on Climate Change) next set of major projections are said to show that temperatures are more sensitive to CO2 than previously thought.

Not out of the woods yet

A major problem could be hard-to-stop self-perpetuating feedback systems which continue to release greenhouse gases, such as warming soil, leaf mould and oceans. A 30C rise could still lead to more wildfires on a scale seen in Australia, no Arctic summer sea ice, coral reefs wiped out, damaged crop yields and a risk of the Amazon rainforest becoming a savannah-type ecosystem.

The BBC recently found evidence that some parts of the Amazon are now net carbon sources rather than carbon sinks (https://www.bbc.co.uk/news/science-environment-51464694). Another concern is the accelerated thawing of permafrost (https://www.nature.com/articles/s41561-019-0526-0?utm_campaign=Carbon%20Brief%20Daily%20Briefing&utm_medium=email&utm_source=Revue%20newsletter) with mass methane release, plus Antarctic ice melting.

Why clouds shouldn’t get in the way

New research published by Yale (https://e360.yale.edu/features/why-clouds-are-the-key-to-new-troubling-projections-on-warming?utm_campaign=Carbon%20Brief%20Daily%20Briefing&utm_medium=email&utm_source=Revue%20newsletter) goes further to suggest that doubling atmospheric CO2 above pre-industrial levels could cause warming that in turn leads to a loss of clouds and more solar energy on the planet’s surface – reducing the amount reflected back into space and “pushing global heating into overdrive”.

More optimistic February news comes from the London-based think-tank, Energy and Climate Intelligence Unit (ECIU), which says that 49% of world GDP with a value of more than $39 trillion is now accounted for by regions and 121 nations that have actual or promised net-zero targets in place. Nine months ago the total was just 16%.

The remaining 51% will be a challenge for Glasgow. 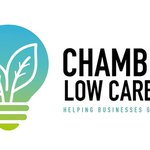 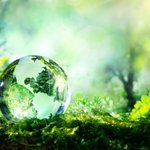