Will hydrogen knock out carbon?

One of the few positive upsides to the coronavirus crisis has been a sharp fall in fossil-fuel and welcome rise in renewable energy use, with new sources making their debut and the long-awaited age of ‘clean’ hydrogen gradually moving a step closer.

A key part of the Chamber Low Carbon Team’s brief is to help companies make well-informed choices in buying and using, but also generating their own renewable energy – via solar panels and wind turbines, plus combined heat and power (CHP) systems and heat pump technologies.

As online attendees of our latest Lunch and Learn event on 22 May will know that, after a slow start, the widespread use of ‘clean’ hydrogen could also be about to make its commercial entry.

Charley Rattan’s expert presentation on “Opportunities for the Hydrogen Economy” particularly for SMEs and innovators already in, or wishing to join the supply chain and find a route to market, can be seen at https://www.youtube.com/watch?v=63clRfXvNeo.

Also book for “Government Cost Exemptions – How to claim them” on Friday 19 June (https://www.eventbrite.co.uk/e/low-carbon-live-lunch-and-learn-government-cost-exemptions-how-to-claim-tickets-105525437424).

Both sessions will, of course, be available online later.

The term “hydrogen economy” is about decarbonisation and refers to using hydrogen as a low-carbon alternative to the established fossil-fuel economy in transport, the wider energy network and as a chemical feedstock.

There are two key points to note about hydrogen in the renewables mix – or three bearing in mind that it is the smallest atom on the Periodic Table which can make it a great escapologist from storage vessels.

The first is that hydrogen is not a primary energy source but an energy carrier – as a useful gas it has to be ‘made’ or isolated.

The second is that while hydrogen power cells produce only oxygen and water as waste products, it is only ‘green’ if produced sustainably. Processes such as methane-stripping which also produce carbon dioxide are not sustainable.

But as Charley explains, the day of carbon-free hydrogen is approaching. With copious renewable energy now on the horizon from not only offshore but also onshore wind farms, plus economically-generated solar park energy, hydrogen produced by splitting water with electrolysis could now be an effective green energy store.

More on that in a few moments.

The flipside of the good news coin is that CO2 emissions fell back to 2006 levels at the height of the coronavirus crisis.

Interim estimates, which still have to be verified officially by more detailed data reports, indicate that the global emissions fall linked to human activity could have been as much as 17%. This included a circa 50% drop from land transport and 15% from non-renewable power generation.

At the same time, while industrial emissions fell by some 35%, household levels as people stayed at home rose by an unsurprising 5%.

Research by New Scientist (https://www.newscientist.com/article/2243875-coronavirus-set-to-cause-biggest-emissions-fall-since-second-world-war/?utm_campaign=Carbon%20Brief%20Daily%20Briefing&utm_medium=email&utm_source=Revue%20newsletter) forecasts that the ultimate drop this year over 2019 will be some 4.2% to 7.5%. More disappointingly perhaps this equates to only a circa 0.0010C saving on global warming and will not on its own slow down climate change. We will have to do much more to achieve that!

But they could rise again

The other less cheery note is that the gain could be temporary without a renewed effort. Evidence from China suggests that air pollution could bounce back quickly as the UK leaves lockdown.

A new study (https://www.nature.com/articles/s41558-020-0797-x) also says that not flying, driving less and working from home still leavers “the bulk of emission sources intact”. BBC News (https://www.bbc.co.uk/news/science-environment-52724821?utm_campaign=Carbon%20Brief%20Daily%20Briefing&utm_medium=email&utm_source=Revue%20newsletter) reports concerns that emissions could rise higher than before the health crisis as people return to their cars.

Renewable energy itself could contract

And another victim of the crisis ironically could be renewable energy growth itself as overall demand falls (https://uk.reuters.com/article/us-iea-renewables/global-green-energy-growth-to-fall-for-first-time-in-20-years-iea-idUKKBN22W0G6). Rather than the 19% expansion seen in 2019, the International Energy Agency warns that this could be cut dramatically to just 6% (167Gw) in 2020, although a rebound is possible if governments support a ‘green economic recovery’.

However, The Guardian also examines how renewable energy “could spur [the] UK’s post pandemic recovery while tackling climate change” (https://www.theguardian.com/environment/2020/may/19/how-renewable-energy-could-power-britains-economic-recovery?utm_campaign=Carbon%20Brief%20Daily%20Briefing&utm_medium=email&utm_source=Revue%20newsletter).

Supporting this, Britain has moved into sixth spot in the EY’s “attractiveness index” biannual global survey of investor renewable energy destinations (https://www.ey.com/en_gl/recai); the UK is now behind Germany, Australia, France, China and the US in top spot.

Positively, the ‘i’ suggests that by 2027 large electric cars in Europe will be cheaper than their fossil-fuel equivalents and that Covid-19 “will not torpedo the switch to greener driving”.

Meanwhile, the Financial Times refers to a new report suggesting that more than 33% of oil and gas in UK waters could remain in the ground if oil prices stay at depressed levels caused by low demand during the pandemic (https://www.ft.com/content/759c7bf3-9115-4e20-9a05-2110032d7344?utm_campaign=Carbon%20Brief%20Daily%20Briefing&utm_medium=email&utm_source=Revue%20newsletter).

Another new study taken before the coronavirus, this time from the manufacturing association Make UK and energy company E.ON (https://www.edie.net/news/6/Report–UK-manufacturers-boosting-profits-by-focusing-on-energy-efficiency/?utm_source=dailynewsletter,%20edie%20daily%20newsletter&utm_medium=email,%20email&utm_content=news&utm_campaign=dailynewsletter,%20102851ce4e-dailynewsletter_COPY_803) finds that 40% of UK manufacturing firms report increased profit margins from energy-efficient improvements and decarbonisation measures; 30% are said have seen increased competitiveness.

It also finds encouragingly that 90% are aware of the UK’s net-zero emissions by 2050 target, and nearly 50% see the low-carbon transition as a business opportunity and are prioritising low-carbon techniques and technologies to improve their own bottom-lines, as well as for the wider good.

Some 75% are said to understand the benefits of digitisation, 57% now have smart meters, 78% are collecting energy usage data and 65% have behavioural change programmes to encourage staff to improve energy efficiency. The belief is that this can continue as the pandemic eases.

The return value of investment

According to Make UK CEO Stephen Phipson, “These results show that manufacturers are committed to playing their part in the transition to a net-zero carbon economy. As businesses recover and learn from the Covid-19 crisis, they have the opportunity to ensure improved sustainability is factored into their resilience plans.

He adds, “As well as taking steps to reduce energy use and CO2 emissions, they are developing the innovative new products and services we all need to decarbonise.”

E.ON UK CEO Michael Lewis commented, “Both Government and the energy industry must work to remove barriers to further investment as reported by manufacturers, notably cash flow and profit margin impacts, as well as payback periods on investments.

He continued, “The Covid-19 crisis has demonstrated that collaboration and cooperation across government, industry and society can transform how our economy operates and we must now work together to deliver a green recovery which continues the transition to a low-carbon economy but also makes economic sense.”

Returning to the role of hydrogen – and renewables in general – developments are being made on many fronts, including with MPs.

The Environmental Audit Committee (EAC) is looking for advice on clean low-carbon hydrogen production and potential uses for both economic growth and meeting the 2050 target in homes, businesses and transport networks as part of its Technological Innovation and Climate Change inquiry.

EAC chairman, Philip Dunne MP, noted, “In 2018, 95% of hydrogen was produced using fossil fuels, so it is clear there are significant hurdles that must be overcome for it to become a viable, clean energy source.” The EAC inquiry wants to know if “environmentally friendly hydrogen can be produced at scale, or if it is merely a pipe dream.”

He adds that the UK now has the largest global offshore wind capacity and extensive gas networks which can both be used to produce, store and transport green hydrogen.

In February, the Government also announced £90 million to help cut emissions from industrial processes and the built environment by switching industrial production from fossil fuels to renewables – in industries including glass and cement production. It will fund two plants.

Some £70 million will help finance low-carbon hydrogen production plants near Mersey and Aberdeen; a third project will use offshore windfarms near Grimsby to produce clean hydrogen.

Large-scale global use of clean hydrogen across the energy, transport and industrial sectors could reduce their annual emissions by up to 34% by 2050 at a “manageable cost” according to Bloomberg NEF latest published in March (https://about.bnef.com/).

A number of major European electricity groups – including Enel, Iberdrola, Ørsted, and EDP – urged the European Commission on 22 May to prioritise renewable hydrogen in its pandemic recovery plan (https://www.euractiv.com/section/energy/news/electricity-giants-join-forces-on-renewable-hydrogen/?utm_campaign=Carbon%20Brief%20Daily%20Briefing&utm_medium=email&utm_source=Revue%20newsletter).

In March, French train-maker Alstom completed 10 days of hydrogen-train tests between the Dutch cities of Groningen and Leeuwarden so The Netherlands can follow Germany which launched its Lower Saxony all-hydrogen train service in September 2018.

Also in The Netherlands, Shell unveiled plans in March to develop by 2030 what it says will be Europe’s largest ‘green’ hydrogen generation project. New 3-to-4MW North Sea wind farms will power an electrolyser at a “mega-hydrogen” facility in Eemshaven that will eventually produce circa 800,000 tonnes of hydrogen annually to be used across North West Europe.

A new North West project will also create a skills roadmap for the low-carbon transition. The North West Energy & Hydrogen Cluster, led by the University of Chester and Manchester Metropolitan University, will look at “complementary” skills from the oil and gas sector to scale up for hydrogen and carbon capture. When complete, the decarbonised cluster could create 33,000 jobs and save 10 million tonnes of CO2 annually.

Hydrogen and industrial-sized batteries aside, other potential forms of energy storage may seem so obvious that the question is probably why they haven’t been used before. ‘Gravitricity’ (https://www.gravitricity.com/), for example, is a greatly scaled-up version of the grandfather clock.

The concept uses spare renewable energy to create and store potential energy by lifting weights of up to 12,000 tonnes from the bottom of old mine shafts. The cost from a typical 10MW lithium-ion battery is some £283/megawatt hour; the gravitricity equivalent is £132. In May, the company announced that it will develop a demonstrator project by December on a site near Edinburgh.

Abandoned deep mines could also potentially provide warm water by tapping into the ‘geothermal gradient’. Temperatures under Britain rise by around 250 per kilometre; above the boiling point of water they can drive steam turbines. Again, heat pumps working like a fridge in reverse can boost even small temperature differences.

In March 2020, South Tyneside Council announced a £7 million district heating scheme tapping into geothermal energy from the flooded Hebburn Colliery near Newcastle which closed in 1932. It will save 319 tonnes of carbon annually; the heat pumps will be powered by solar panels.

Heat pumps can also be used to take the heat of summer down into bedrock under buildings as a mass low-temperature thermal energy store which can be brought to the surface again in winter, a technology used widely in Scandinavia.

The UK also has many geothermal hotspots. Newcastle upon Tyne has studied using geothermal energy from 2km below city streets at 80°C. Southampton’s geothermal power station opened in 1986 and provides heating for the city hall, a superstore and swimming centre, 300 flats, hotels and the city’s port. 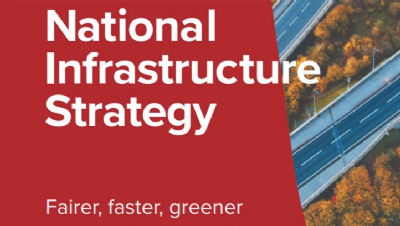