World leaders meeting in Cornwall renewed their commitment in June to low-carbon goals that England’s North West is already busy delivering! But there is plenty more yet to be done in 2021 … and the next 10 to 30 years.

The heads of the world’s top seven economies – plus the EU – have been criticised for serious omissions during their first ‘face-to-face’ meeting of minds in two years at June’s 47th G7 summit at Cornwall’s picturesque Carbis Bay.

A lack of practical implementation details needed to ‘get the job done’ was high on the list.

In contrast, copious details were available at the Chamber Low Carbon Virtual Expo also held in June, which as explained in a moment, can be seen again on our YouTube channel.

… plus two more moments not to miss …

However, before looking more closely at what the G7 said, it is important to mention that Brian Butler and John Keen’s 17th June Lunch & Learn webinar on using ‘lean’ principles to generate some £65 million worth of productivity improvements can also be seen again at (https://www.youtube.com/watch?v=c_LBFxAzk3M).

Looking beyond the summer holidays, now is a good time to book your 21st September, 12 noon, place now to join Chamber CEO Miranda Barker in virtual conversation with Emma Howard Boyd, Chair of the Environment Agency, at https://www.eventbrite.co.uk/e/a-conversation-with-emma-howard-boyd-chair-of-the-environment-agency-tickets-155915358033.

Many global gaps to fill

The G7 meeting between Canada, France, Germany, Italy, Japan, the UK, US and EU – plus India, South Korea and Australia – reaffirmed their basic commitment of reducing emissions to minimise damaging temperature rises. Russia, and major carbon-emitter China, are not part of the group.

However, strategic solutions to essential questions that must be answered at November’s COP26 UN make-or-break global climate summit in Glasgow went unanswered – leaving green groups and activists frustrated that there is still just “a plan to make a plan”.

In contrast, the Chamber Low Carbon Virtual Expo on 2nd and 3rd June offered a great deal of detail which can be revisited at (https://www.youtube.com/watch?v=L1bbrt-bzLc&list=PLqF17bEdv5lAys0rGWeDra8tq0Pt36lEm&index=2).

For the second year running, our sustainable showcase explained how our expert team helps business organisations to cut emissions, use renewable energy, join the circular economy, and take low-carbon innovations to market.

But other G7 goals are very important to us too.

The Cornish summit agreed to phase out coal while protecting and restoring 30% of the natural world by 2030. Waste was high on the agenda. But rich nations again failed to give developing countries a promised $100 billion each year to create their own modern low-carbon economies – a controversy that could upset COP26.

It is helpful to look at the same issues from a UK and regional standpoint: –

– Nature and biodiversity – The Environment Bill returned to the Commons in May with new provisions to support our natural assets.

– Waste and plastics – The G7 was asked to set a net-zero plastic waste target matching the UN’s net-zero emissions goal. Helping companies to join the circular economy is one of our core aims.

– Green finance – and the lack of it – While unveiled plans this spring for a UK post-Brexit finance hub, the Chancellor is pressing for infrastructure and technology investments to help poorer nations go green.

Return of the Environment Bill

In May, the Environment Bill returned to the Commons for its Report Stage and Third Reading after Covid-19 delays. Provisions have been added to stop water companies discharging sewage into rivers. There is also a legally-binding 2030 goal to halt the decline of hedgehogs, red squirrels, water voles, bats and all other species.

The landmark State of Nature 2019 report (https://nbn.org.uk/wp-content/uploads/2019/09/State-of-Nature-2019-UK-full-report.pdf) showed that 41% of UK native plant and animal species have declined since 1970, a trend that will accelerate without intervention.

Meanwhile, Defra is to develop a Green Paper on meeting the new 2030 target to protect 30% of terrestrial natural habitats while reintroducing animals such as wildcats to England, beavers to wider parts of the country, and restoring more peatlands and woodlands.

The G7 was asked to resolve a major pollution problem. Nestlé, one of the world’s largest plastic waste creators, has joined Aldi, Iceland, the Co-op, major packaging producers and charities in calling for a binding world treaty to effectively end new plastic pollution. The outcome is pending.

The letter pointed out that the world produces some 300 million tonnes of plastic waste annually; globally, circa 3 million face masks are currently thrown away every minute – 129 billion per month.

In its final Carbis Bay communique, the G7 agreed to “Build Back Better for the World” in a goal described as a green version of the post-WWII Marshall Plan.

Under the Paris climate agreement, developed nations should provide £72 billion ($100 billion) annually in green financing. A June meeting of G7 finance ministers hosted by UK Chancellor Rishi Sunak and Bank of England governor Andrew Bailey looked at how they can be encouraged to honour this pledge.

A key problems is that funding is often extended as repayable loans – not grants – which defeats the original aim. The Chancellor is expected to ask October’s G20 meeting in Rome before COP26 to support the International Monetary Fund’s aim of putting climate change into all its financial activities. Banks and multilateral development banks are also being urged to align with climate goals.

If TCFD comes into force in 2022 in the UK to give financial markets and investors clear information on how larger firms manage climate change risks, it will cover pension schemes, life insurance providers and asset managers.

While Covid-restrictions could limit the number of political leaders, scientists, NGOs, media and charities going physically to Glasgow, the summit may be coming to us in the form of a ‘Carbon Battle Bus’ that will criss-cross the country on a ‘Zero Carbon UK Tour’ from London to Scotland.

The Lancashire stage could include visiting the Advanced Manufacturing Research Centre (AMRC) low-carbon demonstrator to meet partners, suppliers and companies. There will also be opportunities to see some of the technical projects being developed in partnership with RedCAT.

The aim is to help businesses of all sizes. While 45% of FTSE 100 companies are committed to reaching net zero by 2050 or sooner, only 16% have a real plan in place to do it.

Another June development has been the launch of Lancashire Enterprise Partnership’s (LEP) ‘Energy & Low Carbon Sector plan. Under the co-chair of LEP Board Director and Chamber CEO Miranda Barker. This sets out how the county’s ambitious vision will be put into practice (https://lancashirelep.co.uk/2021/06/10/lancashire-enterprise-partnership-launches-energy-low-carbon-sector-plan/.

Green technology to the rescue on a large-scale

Initial results from the UK Atomic Energy Authority show success in a world-first fusion energy breakthrough – the dream of harnessing the power that drives the stars here on planet earth by holding a super-hot nuclear plasma in a powerful magnetic field within a machine called a tokomak.

A new MAST Upgrade experiment at Culham near Oxford has tested an exhaust system that stands up to the extreme heat generated by fusion power stations. The Super-X divertor means that components will last much longer and cut the cost of fusion electricity.

It reduces exhaust heat from a ‘blowtorch to a ‘car engine’ level and is a pivotal step in putting fusion power on the UK grid by the early 2040s – and making it available to the world.

Geothermal energy is about using the heat of hot rocks underground. Growth has been virtually stagnant. But the new push to decarbonise heating systems could boost the technology.

High initial costs and exploration uncertainties mean that in 2019 less than 0.9% of global energy came from this huge potential source. The International Energy Agency (IEA) says it represented only 15GW of electrical capacity in 2020 compared to 737GW from solar PV. The IEA also believes the time and conditions are now right for change, particularly in the heating sector.

With support and investment, geothermal globally could rise by more than 40% by 2023, the IEA adds. Two-thirds would be in the US and China where geothermal district heating developments could help solve air quality problems. The technology is also rising up the agenda in regions like Europe where heating sectors need to decarbonise quickly for net-zero goals to be met.

There is also considerable potential in UK granite moorland areas and the abandoned deep coal mines of northern UK where ground heat from hot water is increasingly being exploited locally.

Suck it and see!

Meanwhile, a £30 million large-scale UK field trial will test whether CO2 already in the atmosphere can be ‘sucked out’ again effectively and affordably with ‘natural’ technologies (https://www.ukri.org/news/uk-invests-over-30m-in-large-scale-greenhouse-gas-removal/).

Poor-quality Pennine and west-Wales peat-lands, once re-wetted, will be replanted with ‘energy crops’ like willow and miscanthus grass. Carbon emissions when these are burned as a fuel will be captured and stored permanently underground.

To remove more carbon, stone chippings that absorb CO2 as they degrade will be scattered on farms in Devon, Hertfordshire and mid-Wales; biochar – a special kind of long-lasting charcoal – will also be buried at a sewage disposal site, on former mine sites and along railway embankments.

While SMEs cut carbon, it is reassuring to know that large organisation are under pressure. The new UK ETS – the world’s fourth-largest emissions trading system in volume terms – began trading in May at circa £45.25 per tonne, almost £5 higher than the EU’s ETS – the world’s largest.

Pricing carbon is seen as a major tool in limiting emissions. It was also above the Government’s anticipated threshold level and could be adjusted to avoid international problems and complaints from high-emitting sectors like building materials, mining, oil and gas.

Under the UK ETS, power plants and other high emitters will be charged for every tonne of CO2e they release above a certain limit, but can sell excess reductions for profit to other companies that have broken through their limits. The UK ETS is set to cover 155 megatonnes of CO2e in its first year.

As a final climate change pause for thought, new University of Cambridge research has suggested that “risk-resilient diets” will see us giving up wheat, maize and rice for kelp, maggots and algae.

For all the latest low carbon news and information about our events, sign up here to receive our newsletter 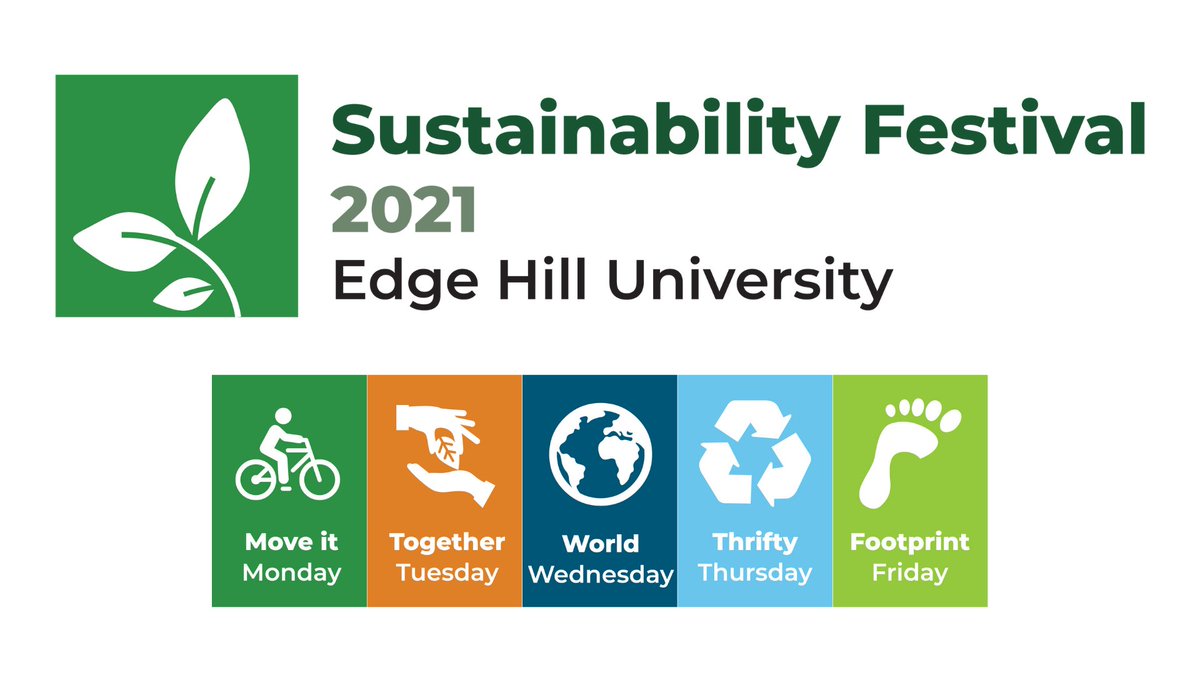 🌎 Sustainability improves our society and makes the world a better place for us and future generations, and it underpins our values at Edge Hill.

In the nick of time? With days to go to one of planet Earth’s most important ever multinational summits, the ...

BSI are taking this opportunity to review the impact and evolution of the standard over the last quarter century and ...

The Net Zero Agenda and what it means for business COP26 is a globally significant event and the UK’s presidency ...

Amid the haggling over finance and reluctant last minute promises to cut carbon emissions in the final run up to ...