The Chamber Low Carbon Business Support programme, developed by East Lancashire Chamber, in partnership with North and Western Lancashire Chamber of Commerce, BOOST and Businesswise Solutions Ltd, is a £4m Part Funded EU project from the European Structural & Investment Funds via the Department for Communities and Local Government to provide a free suiter of services to the SME community of Lancashire to:

The project was launched in June 2018 and has engaged with just over 750 businesses to date. To deliver the next phase of the programme, working alongside the Chamber Low Carbon Staff and a team of specialist consultants we are looking to recruit the following post:

This entry level post is ideal for someone with a passion and interest in environmental and sustainability issues, but has yet to gain experience or formal qualifications. The role will receive full support and on the job training from the existing team.

The Job Description and Person Specification are available by clicking here.

Please apply by sending in your CV and a covering letter to:

No matter who is PM, the UK’s new Environment Bill could soon join-up urgent environmental targets under a single policy umbrella … and prepare businesses for tough 2030-to-2050 low-carbon decisions with a futuristic green competitive-edge. Real change is coming – but needs to come faster!

A Bill of two halves

If politics and the economy are uncertain at the moment, there are strong indications that much greater environmental certainty, and an era of intense green activity, could be down the line.

Given suspected climate change links not only to November’s extensive flooding in Yorkshire and the Midlands but also extreme wildfires in Australia and California, this is long overdue positive news.

Martin Baxter, IEMA’s Chief Policy Advisor, has an inside-track view of UK environmental policy developments – and the drive to achieve net-zero emissions by 2050 – which he shared with guests at the Low Carbon Programme’s “Environmental Policy Update” meeting on 31st October.

Explaining that the main focus is the far-reaching and potentially complex Environment Bill that has been making its way slowly through Westminster, he homed in quickly on a number of key points.

The first is that having passed its 2nd reading unopposed on 28 October at the end of the last Parliament, the Bill now has such powerful multi-party Commons support that it will almost certainly be central to the new 2020 Parliament … whoever is invited to become Prime Minister.

The second is that it will introduce a policy step-change which recognises that to be effective environmental action is now so urgent that individual priorities must be brought together – resource-efficiency, waste management, carbon emissions, air quality, water and biodiversity.

Who ‘learns the lessons first’ wins

However, a third message is that the business status quo is also about to change. To meet legally-bind mid-century targets, ordinary firms will have to make radical decisions and act decisively by 2030.

The flipside is that while companies must come to terms with the scale of what is coming down the track, given early advice and support they can become international market green-leaders.

This is central to the help offered to regional business organisations by the Low Carbon Programme.

In Part One here, we look at what the Bill means, its structure, and how it will be monitored and managed. Part Two considers pressing issues – meeting the Net-Zero 2050 target, sustainable finance, future trade deals … plus the key question for many companies, “Are you climate ready?”

Meanwhile, the acute state of the global environment has been confirmed by another group of experts.

The Environment Bill’s progress coincides with the release of a major November 2019 study backed by 11,000 scientists and 40 years’ of data which confirms that the world now faces a dire climate emergency.

The group says that they have a moral obligation to warn of the scale of the threat and that governments are still not meeting the crisis head on; in fact, most of vital indicators are going in the wrong direction.

It believes that global surface temperatures do not capture the dangers imaginatively and that additional easily-understood indicators should probably include human and animal population growth, meat production, tree loss and fossil fuel use.

Without drastic changes the world faces “untold human suffering”; lead author Dr Thomas Newsome of the University of Sydney adds, “That could mean there are areas on Earth that are not inhabitable by people.” The study reinforces UN IPCC findings, but with a greater publicity impact.

As Martin made clear, IEMA welcomes the Bill but is concerned about the independence, resourcing and enforcement powers of a proposed new watchdog – the Office of Environmental Protection (OEP) – plus “weak” language in environmental principles and the Bill’s scope for Devolved Nations.

It also worries about having no overarching objective to bind governance aspects, the relationship between targets and EIPs (Environmental Improvement Plans), and OEP advice on targets.

Another big issue is “non-regression” from exiting EU norms which IEMA believes is vital for competitive trade. While ministers have given verbal assurances that there will be no back-sliding, published wording appears to contain loopholes that could be used to water down implementation.

However, IEMA does welcome the last Government’s commitment to: “explore options for including additional cross-cutting targets for environmental improvement as part of this framework. Well-designed targets could offer greater certainty on the strength of the government’s ambition and drive action by businesses and wider society”.

If “the devil is in the detail”, IEMA believes it is important to get the details right. However, before looking at the detail, a quick run-down on how the Bill is being put together might be helpful.

Part One – Principles and Governance – how the Bill will work

The Environment Bill published on 15 October 2019 has 232 pages, eight Parts and 20 Schedules.

It sets a framework for policies and plans that create a healthy, resilient and biodiverse environment supporting human health and wellbeing, plus the sustainable use of natural and physical resources.

Its key principles are that: – firstly the polluter should pay, secondly harm should be prevented or rectified at source, thirdly the environment should be taken into consideration across government policy, and fourthly that a precautionary approach should be taken.

The independent OEP will advise government in much the same way that the Committee on Climate Change provides guidance on environmental issues. Its remit will include climate change and the Climate Change Act. The Secretary of State will appoint its chair and board and set its budget.

The OEP will advise, scrutinise and enforce environmental law, reporting on EIPs and targets and any other matter it chooses. It will also advise on changes to environmental law and complaints where public authorities fail to meet legislation – issuing information and decision notices.

Targets must specify a standard that can be measured objectively by a date the Secretary of State must meet; five-year interim targets will be set through the EIP but can be changed if the Secretary gives good reasons. He or she will seek independent expert advice in setting targets which will be reviewed every five-years and must meet the ‘significantly improve the natural environment’ test.

The Secretary must also prepare an EIP for at least 15-years, making the Defra 25 Year Environment Plan the first EIP. Again, EIPs will be reviewed and revised every five-years with the first before 31 January 2023. Annual reports on plan implementation will be published and laid before Parliament.

In the second part of his presentation, Martin made clear that IEMA believes no time can be lost in meeting key vital priorities, starting with the UK’s ambitious net-zero emission by 2050 goal.

Reducing UK emissions has been imbalanced, he said. From 1990 to 2016, the power sector carbon footprint fell from circa 200 million tonnes CO2 equivalent (MtCO2e) in to less than 80 MtCO2e.

Industry has seen a fall from circa 205 MtCO2e to about 110 MtCO2e; waste and buildings have also seen a significant drop. But surface transport, aviation, agriculture and fluorinated gases (F-gases) have plateaued.

As such, a key aim is to break the link between GDP and emissions. Carbon budgets are not aligned to net-zero target; the UK is off-track to hit its 4th & 5th Carbon Budgets. But the policy gap is widening with mitigation not commensurate with the climate and environmental emergency.

Business in the lead

To meet the 2050 net-zero targets, he made clear that there must be: –

Are you ready for net-zero?

This then poses soul-searching questions that companies must ask and answer for themselves: –

Nothing happens without money behind it and the Green Finance Strategy published in July 2019 is a comprehensive approach to greening financial systems, mobilising finance for clean and resilient growth, and capturing the resulting opportunities for UK firms.

It was accompanied in June 2019 by the Taxonomy Technical Report on sustainable finance.

Future trade agreements with the EU and globally

If the future economy pivots in succeeding in world trade, IEMA also believes the UK must adopt a common position on the following points: –

Secretary of State launches the Bill

She said the world has lost 87% of its wetlands and faces “two immense threats: climate change and biodiversity loss”; a million species face extinction with species at risk doubling in the last 15 years.

The second half of the Bill will “empower environmental improvement across the board” by encouraging businesses to innovate and local authorities and local communities to “shape” where they live and their local natural environment. 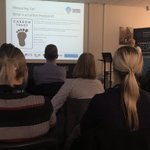 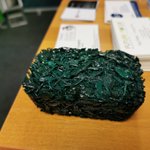 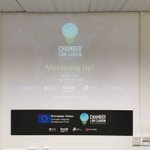 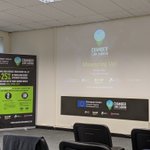